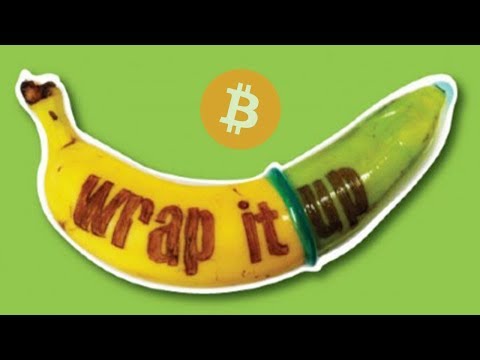 In response to our latest proposal. The Radio Show has become the vehicle to try to drive the things we want to get done in crypto. Dash makes that possible. The extracurricular stuff that were able to do because of Dash is amazing. I could never imagine this ever actually becoming a job description before but it has. I definitely try as hard as possible to create value for Dash greater than the amount the Show is paid. I'm always on the lookout to create a new connection or advantage for Dash. I don't only stick to the parameters of the proposal I'm always on the lookout for more connections and relationships for Dash. Here's a link to the proposal https://www.dashcentral.org/p/Crypto-Show-Renew
https://instagram.com/p/BamrG3FHrv_/
Below is reply to qwizzie that will also be found in the proposal comment section, that I think may better help to explain than the job done in the proposal. Harlan our founding member of the Crypto show crafts our proposals off of my ideas so sometimes things get lost in translation.
Thanks. I don't know how well I'm conveying the idea but it all works hand in hand. The numbers are really arbitrary. 15 goes to the other members of the show the rest will all be used for the project. I've been a contractor for 30 years in the construction industry and I predominantly worked with Hispanics so I know firsthand exactly what it means for them to send money home. I know where to reach these people on construction sites and distribution centers for construction materials. The message I need to get to these people is that every time they use Western Union they're putting Another Brick in the Wall and that we offer a solution that's cheaper and does not in any way contribute to the wall. That's the message. I think we can achieve that by having ATMs with a coupon code for 5% for those targeted at remittance. On the Mexico side as well as other areas in Latin America because I do want to reach out to them as well. I think helping people in the earthquake areas will definitely show that that Dash has value and will open them up the idea. Bitso will definitely be helpful by getting them to add Dash to their exchange which they've agreed to do but even more so I think the Wirex card will be the easiest way for people to send and use the value of Dash. On the Dash Cares front we have the people who redid the anarchapulco website rebuilding ours. We're going to have a separate web address that links back to the dash cares page titled dashcares.org we've already set up a Facebook page and a Twitter handle under the same name. As I stated in the proposal I feel like Dash deserves more of the credit for what we're doing than unsung. Often in these different news articles about what we're doing you always see unsung highlighted and Dash left in the shadows insofar as credit for doing the work . It's a great idea and website to point to (Unsung.org) when conveying the idea but I think we're actually already doing more than they are with the Dash funding. When we first got started with this on the unsung and arcade city idea here in Austin that news netted an article for Jamie Redman that today is the highest viewed article ever on bitcoin.com last I checked it was over 216,000 views. From that we were able to inspire people all around the country to start their own groups of unsung in their area. Those people then went out and did the same things. Hopefully we can inspire Dash users to do the same thing in their area. And furthermore inspire people who aren't Dash users to become one.